skip to main | skip to sidebar

I finally got round to taking some pictures of my 15mm colonial marines platoon. The figures are GZG NAC troops, mounted on pennies. For the paint scheme I used the excellent tutorial from the Dawn of the Lead site. it can be found here: http://dawnofthelead.com/2010/05/24/very-tough-hombres-a-colonial-marine-painting-tutorial/

I am pretty happy with how they turned out, though I did have an issue with the dullcote. I don't know why exactly (bottom of the can, too old, not shaken enough?), but the dullcote left white residue in some of the recesses on the figures. It's not that noticeable, but still quite annoying to me. I've never had this happen to me before, so if anyone can shed some light on the matter it would be greatly appreciated.

These troops have seen a few battles now, mainly while I was visiting my buddy in Vancouver a few weeks ago. We had a few test games of the latest version of my skirmish rules. My marines got slaughtered both games (isn't that always the case with newly painted minis?). But on the bright side I am now (almost) totally happy with the infantry rules. I think maybe a few minor tweeks, but it seems to work quite well. Vehicle rules are the next big thing to tackle...

Anyway, here are the pictures. Feedback and suggestions on my painting is greatly appreciated. 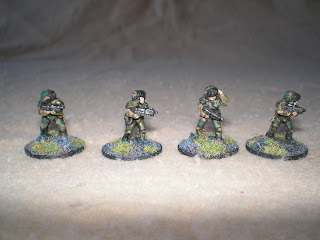 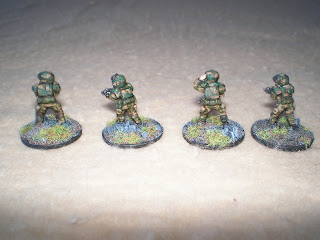 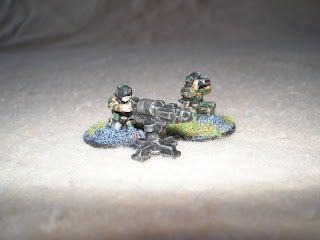 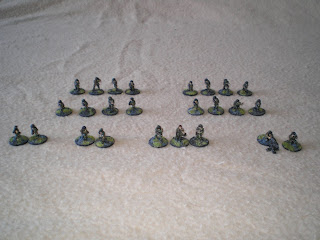 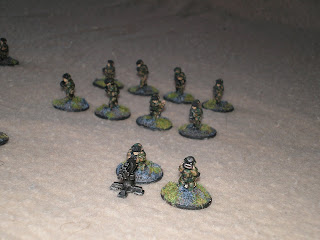 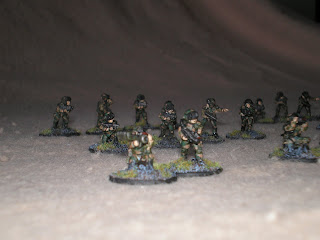 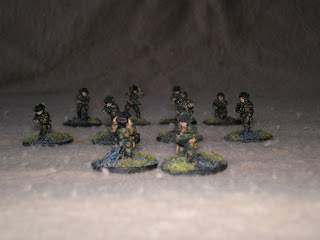 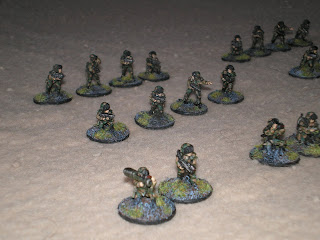